Economist Tells Transwestern Houston Crowd: “The Worst is Over”

HOUSTON – After a severe thrashing from a free fall in oil prices, the Houston economy has finally bottomed out and will begin a slow climb upward.

“The worst is over for Houston’s energy economy,” said Houston economist Patrick Jankowski of the Greater Houston Partnership. “We are seeing a gradual improvement in oil prices and the rig count.”

Houston will not have a quick rebound, however. It will take several years for a recovery to fully materialize, Jankowski said

“Real estate continues to struggle,” Jankowski said. Houston has more than 12 million SF of office space on the sublease market. Transwestern forecasts that Houston will have as much as 1 million SF of negative absorption in 2017.

Houston’s multifamily market is overbuilt with construction outpacing job growth. While Class B and C multifamily projects are attracting investors, Class A is getting softer.  And although Houston has been registering slight job growth, many of the jobs that have been created are low-paying jobs, while the city has been losing higher-paying manufacturing jobs. 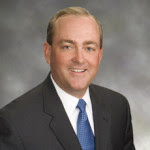 Transwestern also issued a report on the Houston market.

Excerpts from the new Transwestern report include the following:

The combination of the downturn in the energy sector and the high velocity of the most recent development cycle has left the Houston office market in turmoil, and signs are mixed as to when a true recovery will effectively begin. Based upon short-term energy forecasts and hiring outlooks for 2017 and 2018, Transwestern anticipates absorption to range from a downside of negative 1 million square feet to high of more than 700,000 square feet through 2017.

In spite of the declining fundamentals in the local economy, the Houston industrial market has maintained strong growth through 2016, driven by activity stemming from the Port of Houston and petrochemical construction. Distribution channels remain strong as the expansion of the Panama Canal has boosted overall volume, a trend that will continue well into the future.

The Houston multifamily sector has softened during the course of 2016 due to significantly inflated construction levels coupled with slow to no job growth. Concession packages will remain prevalent as landlords compete for a more modest pool of tenants.

The Houston retail sector is seeing the most job gains since 2007 with 9,500 jobs added over the 12 months ending in August 2016, a 3.1 percent increase. In the coming months, retail job growth should remain red-hot due to seasonal hiring ramping up through the end of 2016 and the upcoming Super Bowl in early 2017.

While much of the surrounding market suffers through the energy downturn, the Houston healthcare market drives on, boosted by an aging population combined with strong household growth. However, the benefits of these areas are beginning to diminish.